Part 2 is here! Nikos told me there was a lot of people expecting this one, so I’ll deliver to you all the next part of this music adventure. Let’s keep our ears sharp and our minds clear so we can decipher together the secrets of the style of our beloved Aníbal Troilo.

As I said in my previous post, Troilo had four periods:

If you haven’t read part 1 yet, please. Do so and come back here, you’ll not regret it I promise!
As we stated in our previous post, this is when Troilo’s tempo (speed) starts to decrease. This was a generalized manner that was present in all orchestras. This gave the musicians and arrangers the chance to embellish their music and create beautifully crafted interpretations as “Sans Souci” Arranged by Maderna, “Pichuco” probably arranged by both of the directors Armando Pontier and Enrique Mario Francini and “El último organito” arranged by Ismael Spitalnik.

The 40s were a big explosion of nationality, laws were passed to promote national music and evade foreign one, a lot of orchestras were born since D’Arienzo’s success in 1935 and the working class got payed holidays, salary boosts twice a year, and many many more. This obviously gave tango musicians an economic boost, since more people could go out and pay to listen to them.

There was an issue with tango thought, at least for a moment: someone from radio communication was verbally imparted to censor lyrics with lunfardo or vesré in them, forcing artists to change the lyrics to “more morally correct” ones. This censorship only affected radio, and sometimes recordings, as we can see in “La casita de mis viejos” recorded by Cobián’s orchestra (the author himself!). Truly a shame.

This also affected Troilo, having to record an altered lyric from what was going to be called “tal vez será su alcohol” that ended up being “tal vez será su voz” and the lyrics of “Farolito de papel”, both sung by Marino. Here’s the original lyrics recorded 25 years later.

Gladly, this shady decreet, full of mystery and variants was cancelled in 1947 when Discépolo mentioned it to the current president of that time: Perón.
Another issue that affected the production of shellacs in Argentina was WWII and the post-war effect. A good chunk of Argentina’s production was focused in suppling raw material to the countries at war, be it iron, weath or whatever was needed. By this fact alone we can safetly say that our favourite tangueros didn’t recorded as much as they wanted to.

(Side note: In Argentina, Perón’s image is highly debated nowadays and you have extremists in both sides: people who thought and think of him as the devil and people who idolize him and all the in-between. One thing is for sure, and I hope I’m being neutral by saying this: be it for good or bad, Argentina wouldn’t be the same without Perón’s policies. Most English-based sources will tell you he was a tyrant, for example. While there’s been so many rumours, exaggerated facts and outright lies from both sides about he and his policies that its hard to debunk and explain all of them without contributing to the problem.)

As always, let’s name and show some of the talent of this orchestra: 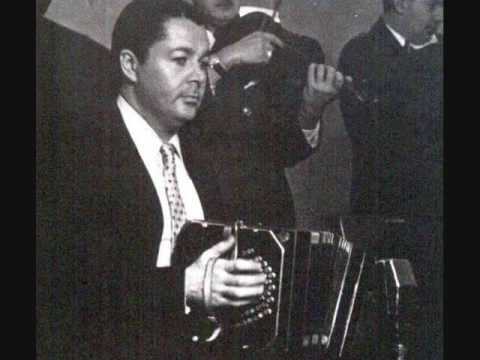 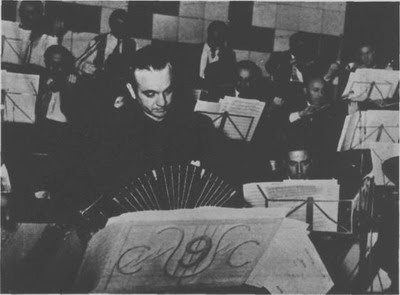 He did the arrangements of “Chiqué”, “Inspiración” and “Quejas de bandoneón”. He also added the viola and cello to the orchestra, finally fulfilling the string section. Is there something else to say? yes, but that’d have to wait until part 3. 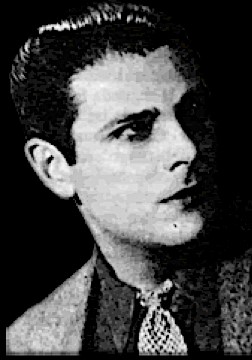 Listen to “La tablada”, the whole thing. Goñi shows off tremendously, all those bordoneos, that rhythm!. It makes me want to dance and I’m as stiff as a broom!. Here’s a solo “Ficha de oro”, and some very marked bordoneos in the introduction of “Cada vez que me recuerdes”. You’ll most probably be aware of Goñi’s bordoneos by now, just remember that the last recording he did with Troilo was “El distinguido ciudadano”. Have fun finding them!. Send us a song and when do you think Goñi plays a bordoneo in our Facebook page (Troilo discography). 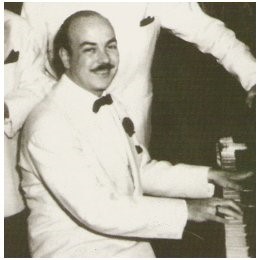 You probably know him with his orchestra with singers like Belusi, Ruíz and Ferrari. That’s all post-1947, meanwhile he’s in Troilo’s orchestra, replacing Goñi. He’s more lively compared to Goñi, but still fulfills his legacy of filling the voids of the melody with some bordoneos and little musical bits. You can listen to his bordoneos in “Tal vez será su voz” and “Cada día te extraño más” . He also did some arpeggios in the end of songs, a manner he shared with Osmar Maderna. Let’s listen to some in “Tal vez será su voz”, “Uruguaya”, “María”, “Fruta amarga” and at least 10 more cases. These little details are what shaped orchestras and styles.

Figari’s first recording with Troilo was “Gardel-Razzano” and stayed until 1953. He later had his own orchestra but barely recorded because of the socio-economic situation of Argentina of that time. You’ll read more about that in part 3. Meanwhile, we can notice that he barely plays bordoneos and preffers to use octaves, glissandos and to end tangos with some nice little ornaments. Examples of octaves can be found in: “Corazón de papel” and “Tu pálido final”. Examples of glissandos in “Y la perdí”, “Tu perro Pekinés” and “Mi noche triste” . And you can clearly hear some bordoneos in the introduction of “Cafetín de Buenos Aires”. A modest pianist, but he got the work done in the end. 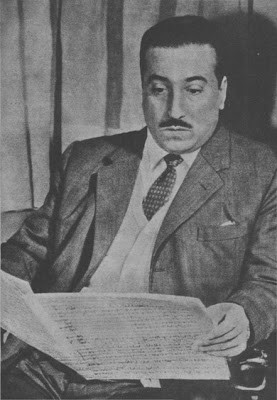 The arranger of all the orchestras. He did arrangements for Caló, Troilo, Fresedo, Basso and Pugliese. Some of the most beautiful arrangements made by him for Troilo’s orchestra were “Adiós Pampa mía”, “Recuerdos de bohemia”, “Milonga triste”, “Sur” and “Romance de barrio” Regarding Troilo’s famous eraser, there’s an anecdote regarding him and Galván: Troilo decided to change some parts of Galván’s arrangement and he said to him “Galván, I’m very sorry but I’ll correct this”, 5 measures ahead he’ll say to Galván: “And I’ll change this, sorry.” this happened numerous times with a single arrangement and Galván finally said to Troilo:

“Listen Pichuco, I already got payed for this arrangement, so erase all what you want!”

Troilo’s strings almost completely stops using De Caro’s yeites (Here’s some 3-notes pizzicato in “Soledad… la de Barracas) and were used to generate texture and nice counter-melodies.This is nothing that was not done before, but Troilo uses it in beautiful ways. Listen to the pizzicatos in “Gime el viento”, “Sosiego en la noche”, “Cristal” and “Marioneta”.

How the cello makes little counter-melodies in “Sosiego en la noche”, “Copas, amigas y besos” and “Llorarás, llorarás” and how after the singer sang there’s a string section solo. (These section solos are called solis and we’ll reffer to them that way from now on).

For example: “Después”, “Nada más que un corazón” and probably many more. Its either a string soli, a bandoneón soli, or a bandoneón solo. We’ll talk more about those in the following parts. Having a complete string section also helped Troilo’s arrangers to create more low-register arrangements for certain parts. Good examples of this are “Torrente” and “Luna llena”.

As we can see in the recordings of the latest years, 1948-1949: “Tú”, “Ojos negros”, “Y volveremos a querernos”, “Una lágrima tuya”, “La viajera perdida”, etc. Troilo’s style has changed a lot since 1938. He became slower, more musically deep, he even silenced some parts of the orchestra, and sometimes even the whole group for a couple seconds. This will be common in the following years, but as always… it will change… and we’ll get there! See you all in part 3!